As a campaign group, we were disappointed that “Battle of Britain Day” was the day the current owners of Manston had the “Manston Tree” removed, for so long one of the symbols of hope in the campaign.

Manston Airport campaigners will not be ‘boughed’.

The removal of the Manston ‘flag tree’ which has been for so long a symbol of hope, a symbol of our campaign to save the airport is sad and unnecessary and perhaps shows the mindset of the current owners.

However, it is merely the demise of one era of our campaign. The days of flag waving with all the raw passion and energy and camaraderie following the immediate closure of the airport by Gloag has long gone.

In its stead we have naturally evolved into a serious and respected campaign group. A group with a voice which is listened to, a group with influence that is consulted by those that wish to see Manston reinstated.

We will continue to pursue our goal of reopening the airport in spite of the petty and provocative actions of the current owners.

The current owners claim that the tree was unsafe: http://www.stonehillpark.co.uk/felling-of-tree-at-entrance-to-former-airport-site

In other news today, at lunchtime the Spitfire & Hurricane Museum held a Battle of Britain Commemorative Service.

It was a brief but poignant service with wreaths laid and a trumpet solo. 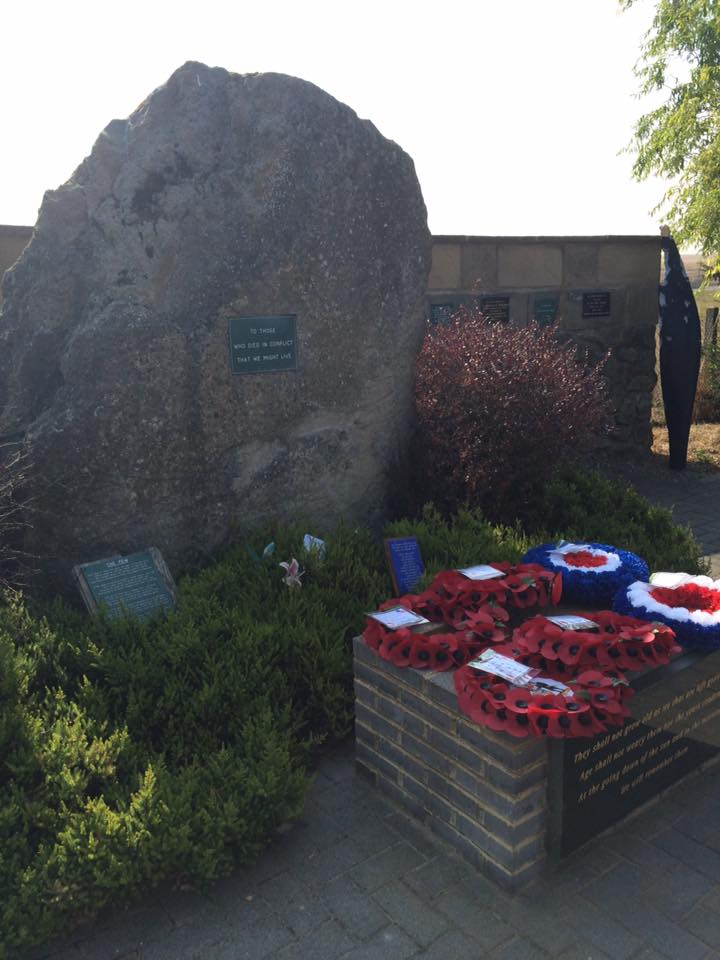 A memorial plaque was also unveiled to the memory of Czechoslovak airmen that served at Manston and those that landed at Manston in 1948 when escaping from Communist Czechoslovakia. You can read more here: https://fcafa.com/2016/09/15/manston-memorial-plaque/

Most of the talk after the service was of Manston and its current predicament. There was unhesitating support and a strong desire to see a fully reinstated, operational airport as soon as possible.

Main Photo: Thanks to Marcus Russell for use of your image.