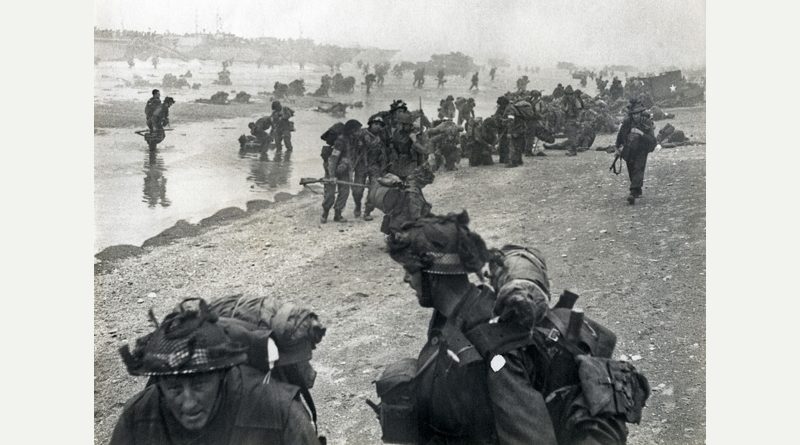 On this day, 6th June 1944, known as D-Day, more than 160,000 Allied troops landed along a 50-mile stretch of heavily-fortified French coastline forming the largest amphibious attack in history.

“As with other fighter bases, Manston played its part in the D-Day landings of June 6th 1944. Typhoons from Manston proved a formidable enemy to the German army when it tried to move tanks and other vehicles to the front. Aeroplanes from Manston also took part in ‘divers’ patrols – attacking and destroying V1 rockets being fired at London.” from http://www.historylearningsite.co.uk

In the build up to D-Day, squadrons operating from Manston took part in the campaign against German radar stations.

At the time of the invasion, Typhoon 1Bs (No.137 squadron), Mosquitos (No.605 squadron) and Beaufighters (No.143 squadron) as well as a meteorological Spitfire were operating from Manston.

No.137 squadron was tasked with covering the landings in Normandy, protecting the left flank of the invasion fleet.

No.605 squadron’s brief included the attacking of enemy searchlight and ack-ack positions prior to the mass parachute drops early in the morning. 605 put up a total of eighteen aircraft, most of which left Manston just before midnight, slipping away into the night with their individual targets.

No.143 squadron were responsible for carrying out anti E-boat patrols on the eastern flanks of the naval corridor linking southern England to the D-Day beaches in Normandy. A Beaufighter from No.143 Squadron from Manston piloted by F/L John Anthony (Tony) Hawkey along with his navigator (name currently unknown) managed to sink two U-boats by aiming a bomb directly between them. They had been to the pub the night before, not knowing that they would be woken at 2am with a call to scramble.