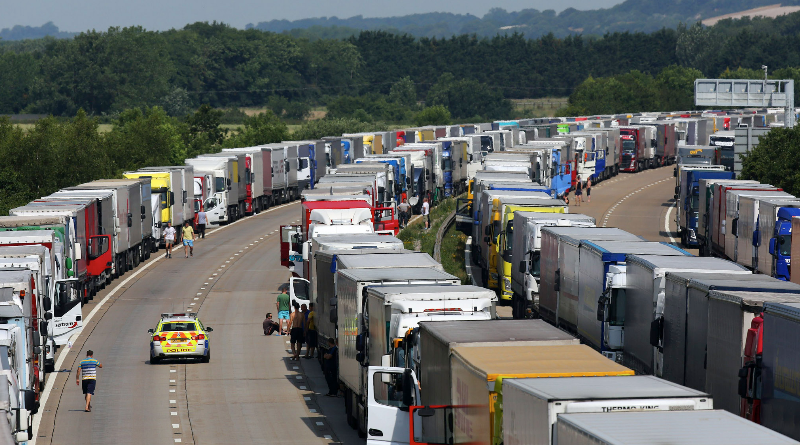 A deal has been made between the Department for Transport and the current owners of Manston Airport to extend the lease to use the site as a relief lorry park for Operation Stack until the end of 2017.

What this means for the prospective plans for the site is anyone’s guess. Hopefully it will buy us more time for the potential investors to complete their business plans for the airport.

The former Manston airport could be used as an emergency relief lorry park for Operation Stack until the end of next year, it has emerged.

The Department for Transport has agreed with the site’s owners that it will be kept on standby until the end of 2017.

Until now, there had been an agreement which was renewed every three months.

The decision to extend it until the end of 2017 is being seen as a more practical arrangement, according to government sources.

In a related development, the DfT has also indicated it expects to announce shortly where its preferred site for a permanent park will be. Two sites off the M20 at Stanford, near Hythe are being considered.

In a statement on Manston, the DfT said: “We recognise the impact Operation Stack has on roads in Kent and it is only ever used as a last resort. We are working on plans for a new permanent lorry area that will ease congestion and help road haulage companies operate more effectively.

While we work on this we are extending our use of Manston Airfield. We keep the situation under constant review.”

A decision to use Manston as an emergency lorry park was first made in August last year and the site was quickly set up to take HGVs in the event of Operation Stack being implemented.

It followed several weeks of disruption and gridlock in Kent caused largely by migrants breaching security at Calais as hundreds sought to cross the channel illegally.

However, since that time, Manston has not been called into use. Measures taken by the government and Eurotunnel to boost security have succeeded in dramatically reducing the efforts of migrants based at the Calais camp to reach the UK.

It is not known what the costs to the taxpayer of the arrangement are. The DfT says the financial details were commercially sensitive.

The use of Manston for Operation Stack was opposed by Thanet’s two MPs. Sir Roger Gale described it as idiotic.

The site’s owners have long term plans for up to 2,500 homes on the site, alongside a business park they say could create up to 4,000 jobs.