Grant Shapps is leading a group of MPs in urging the Prime Minister to make a final decision about airport expansion.

The group of MPs also called for the expansion of regional airports “for the good of UK plc”. We have already reminded Grant Shapps of his visit and promises he brought with him, as well continuing to lobby parties concerned.

The government must make an “urgent and immediate decision” on airport expansion in south-east England, a group of cross-party MPs have said.

The British Infrastructure Group (BIG) report says a lack of runway capacity at Heathrow is causing “substantial damage to the industry as a whole”.

Both Heathrow and Gatwick are bidding for an extra runway to be built.

A Department for Transport spokesman said it was important to consider all the evidence before making a decision.

Last month, the then transport secretary Patrick McLoughlin said a decision on expansion had been put back until “at least October” following the result of the EU referendum.

However, BIG – a Commons group led by the Conservative MP Grant Shapps – says a decision should be made immediately, adding that it would show new Prime Minister Theresa May’s “mettle”.
It says it has gathered evidence from local and national authorities as well as academics about future airport capacity.

The report’s recommendations state: “The problem of capacity at the current hub, Heathrow, is causing substantial damage to the industry as a whole.

“It erodes confidence in the government’s stated ambition of growing the economy and our international trade.”

Last July, the independent Airport Commission recommended Heathrow be expanded with a third runway – a 3,500m strip north of the two existing ones – at an estimated cost of £18.6bn.

But in December the government delayed its decision, saying further work on noise, pollution and compensation needed to be carried out.

Then, last month, Gatwick said the UK’s Brexit vote showed it was “clearer than ever that only Gatwick can deliver the new runway Britain needs”.

The group of MPs also called for the expansion of regional airports “for the good of UK plc”.

“Only their expansion can address the coming ‘capacity crunch’ and deliver sustained growth, underlining the concepts of the Northern Powerhouse and the Midlands Engine and sharing the proceeds of growth across Britain,” the report says.

BIG also calls for infrastructure at regional airports to be “joined up” and for airport passenger duty to be made “progressively lower”. 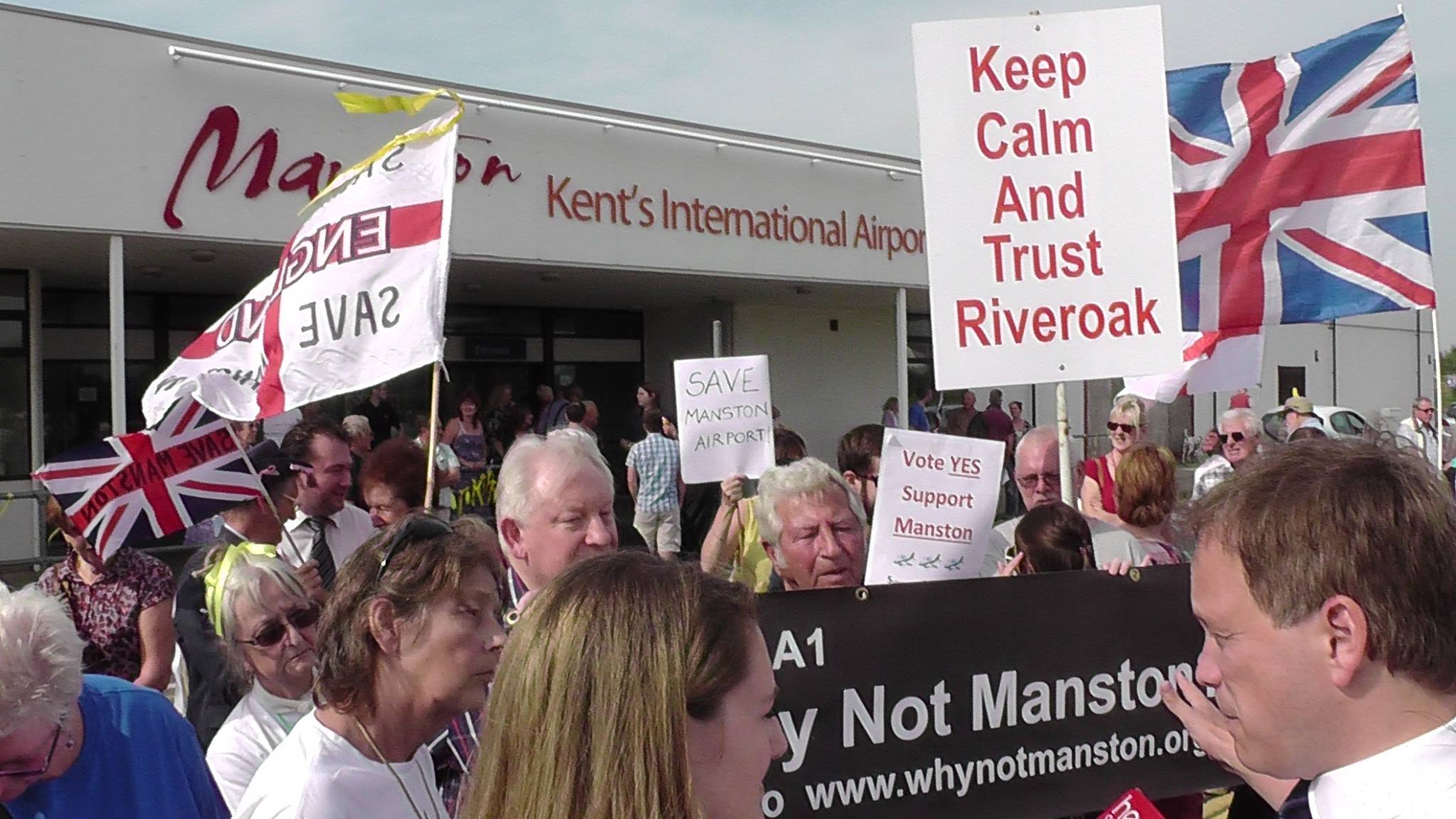 Back in September 2014, Grant Shapps visited Manston to offer support to the campaign.  You can read our post from back there, here: http://www.supportmanstonairport.org/968/

He also lent his support to threatened airfields in August 2014: https://www.facebook.com/supportmanstonairport/posts/341403056027313